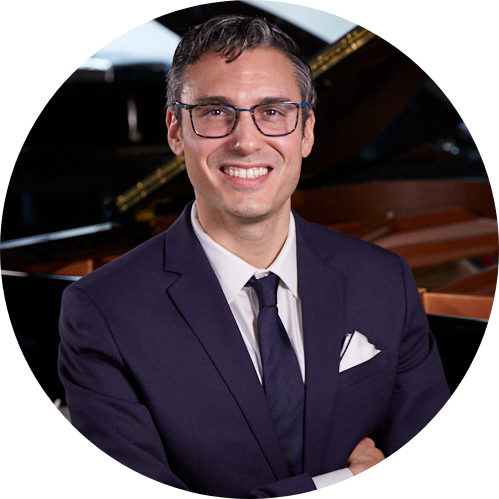 A soulful jazz keyboardist and producer, Charles Rieger, aka Buddy, has garnered praise for his cross-genre, jazz-influenced style.

Based in Pittsburgh, he emerged in 2012 with souljazz band, Jazzam. The project found him embracing a funk and jazz vibe that combined groove-based dance music with dazzling harmonies and improvisation.

Prior to breaking through with Jazzam, he had studied jazz at the University of Pittburgh with Frank Cunimondo and was blessed to play with such luminaries as Poogie Bell, Abraham Laboriel, Larry Coryell, and Maurice “Mobetta” Brown.

Born in 1986 in Pittsburgh, Buddy started playing piano around age five and was first introduced to jazz by his parents. Growing up, he took classical and jazz lessons, and by his teens was playing in jazz bands. As a teenager, he began experimenting with other instruments and went on to learn guitar, bass, bari sax, and percussion.

After high school, he honed his jazz skills by studying at Pitt, where he combined a study of jazz, production, and ethnomusicology. Although jazz was his focus, it was during college that he began experimenting with funk, soul, songwriting, and collaborating across various genres.

Since age 15, he has owned and operated his own instruction studio. Offering open-mics, jam sessions, and “piano parties” are his ways of engaging students in a variety of performance opportunities. Preparing students for the professional opportunities of the gigging music economy is his specialty.

Buddy characterizes his style as a blend of the music he loves, including jazz, classical, folk, funk, soul, electronic, and bluegrass.  He enjoys exploring new sounds with the latest keyboard technology and especially loves to work with musicians that groove.

Working in musical theatre, Buddy also substitutes as a fill-in for musicals and theatre gigs. He was a member of the Pittsburgh Playback Theatre for 4 years.

Buddy’s mission is to create more musicians on this earth. Our society craves more musicians and artists so we may listen deeply and work together in community. He also love helping individuals find their musical way.

He often felt lost in the process of learning and performing music, especially when it came to getting better. It was with the help of amazing mentors and friends that he was able to find his way. He extends gratitude to those that have passed the torch and intends to offer it to those who are ready to play.

There’s a perfect instructor for everyone out there searching to learn music. Buddy intends to help those looking to find the best teacher to grow with and experience all the gifts music has to offer.

"It was made clear to me that Music is related to everything, especially nature and language, but in order to speak it naturally, I had to first make myself a part of it."

"When playing music, it is possible to achieve a unique sense of peace."

Start your musical journey today, and contact me directly.